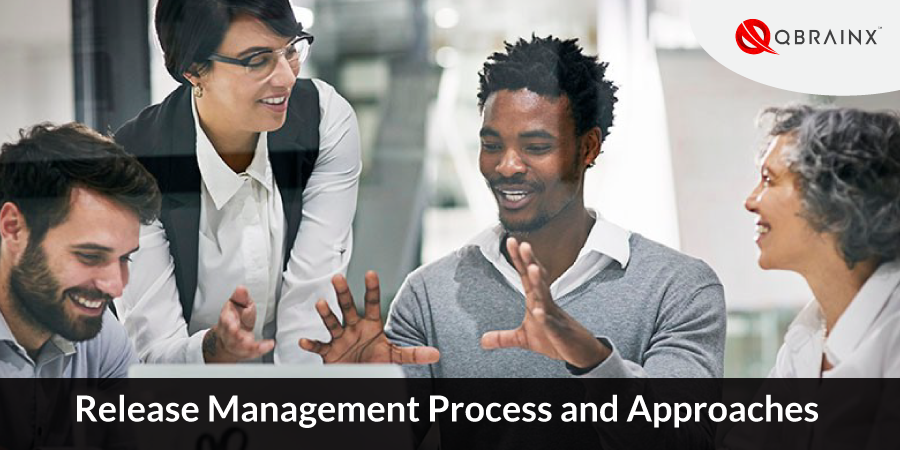 The goal of release management is to enable an organization’s systems and services to change in response to changing business needs. Release management may be solely concerned with the technical deployment of IT products and features in some organizations, but it may also include adoption and business process changes in others.

In ITIL, what is Release Management?

One of the main processes in the Information Technology Infrastructure Library (ITIL) framework’s Service Transition section is release and deployment management. ITIL is the most widely used framework for technology product and service governance. It enables businesses to deliver high-quality, customer-centric, and cost-effective products and services.

Most businesses use some variation of these approaches, though they may be referred to differently. Different approaches are also commonly used for different types and sizes of projects.

Stage 1: Requesting:
Requests for new features or changes to existing functions are the starting point/initial point for release management. Each and every request is assessed for its logic, feasibility, and whether it can be fulfilled by reconfiguring an existing application version in production. It provides guidelines and support for release deployment, as well as roles involved in other aspects of the release and deployment management process.

Stage 2: Planning:
A solid plan keeps the release team on track and ensures that all requirements are met, and it is the most crucial stage in the development of a release. The structure of the release is defined here. Stakeholders can refer to workflow or checklists at any time during the release process, including scope and milestones, as well as responsibilities.

Stage 3: Building and Designing App:
This is the stage at which the requirements are translated into code. The release has been designed and implemented as executable software. It primarily focuses on the actual development of all required release components, including the issuance of all necessary work orders and purchase orders for vendor-sourced components, as well as the readiness of release components for validation and testing.

Stage 4: Testing:
When a release is finished, it is sent to testing, where it is subjected to non-functional and functional testing. If bugs are discovered, the software is sent back to the developers to be tweaked before being tested again. This process continues until both the development team and the product owner have given their approval for the release to be deployed in production.

Stage 5: Deploying:
The release is deployed and made available to users in a live environment. The term “deployment” refers to more than just installing a release. It entails informing users about the changes and training them on how to use the system with the new features in mind.

Following deployment, the release enters the support phase, where any bugs that may require a change request are recorded. As a result, the cycle starts all over again.

It entails formally concluding release activities, ensuring that all documents and records are up to date, and communicating release outcomes and feedback to project teams.

Most businesses use some variation of these approaches, though they may be referred to differently. Different approaches are also commonly used for different types and sizes of projects. The following are the types of approaches to release management.

We use cookies on our website to give you the most relevant experience by remembering your preferences and repeat visits. By clicking “Accept”, you consent to the use of ALL the cookies.
Do not sell my personal information.
Cookie SettingsAccept
Manage consent

This website uses cookies to improve your experience while you navigate through the website. Out of these, the cookies that are categorized as necessary are stored on your browser as they are essential for the working of basic functionalities of the website. We also use third-party cookies that help us analyze and understand how you use this website. These cookies will be stored in your browser only with your consent. You also have the option to opt-out of these cookies. But opting out of some of these cookies may affect your browsing experience. Read our privacy policy and cookie policy.
Necessary Always Enabled
Necessary cookies are absolutely essential for the website to function properly. These cookies ensure basic functionalities and security features of the website, anonymously.
Functional
Functional cookies help to perform certain functionalities like sharing the content of the website on social media platforms, collect feedbacks, and other third-party features.
Performance
Performance cookies are used to understand and analyze the key performance indexes of the website which helps in delivering a better user experience for the visitors.
Analytics
Analytical cookies are used to understand how visitors interact with the website. These cookies help provide information on metrics the number of visitors, bounce rate, traffic source, etc.
Advertisement
Advertisement cookies are used to provide visitors with relevant ads and marketing campaigns. These cookies track visitors across websites and collect information to provide customized ads.
Others
Other uncategorized cookies are those that are being analyzed and have not been classified into a category as yet.
SAVE & ACCEPT

Get to know more

Enter your email and the brochure will be delivered straight to your inbox!